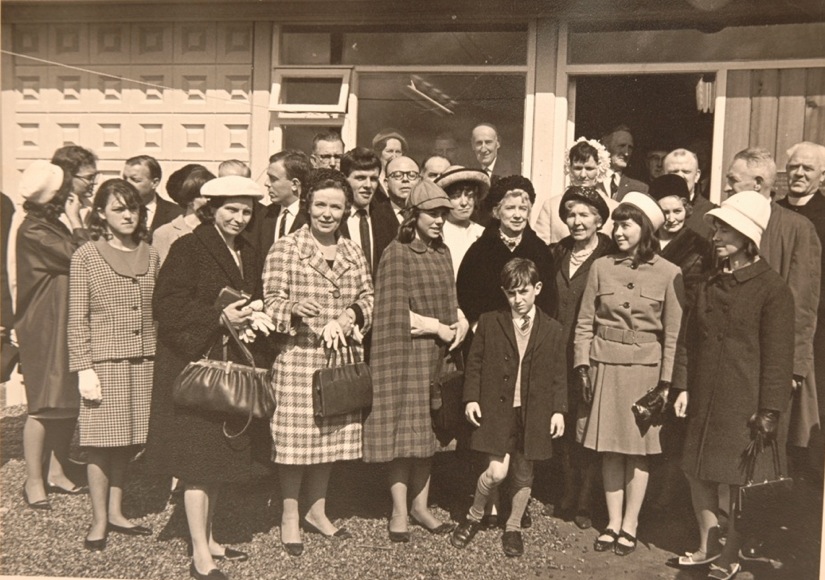 To celebrate the upcoming centenary of the 1916 Easter Rising a National Committee has been established to compile a comprehensive commemorative programme. This programme will be implemented across the anniversary period and to date has centered on official initiatives but also includes academic, community, diaspora and commercial initiatives.

In 1966 as part of the national celebrations a new library facility was opened in Cloughjordan. This opening was attended by MacDonagh family members and the library was dedicated to Thomas MacDonagh.

As the birthplace of Thomas MacDonagh and in light of the ongoing close ties between Cloughjordan and the descendants of the MacDonagh familiy we will be an important part of the 2016 National celebrations. Over the last few years many discussions have taken place in Cloughjordan revolving around the theme of this celebration and how best Cloughjordan might honour its native son and national patriot. The Thomas MacDonagh dedicated heritage centre was deemed in conjunction with his family an appropriate legacy to the man while providing the village with a sustainable and meaningful community facility. It is with great pride that the village can include in this centre a new modern library facility. 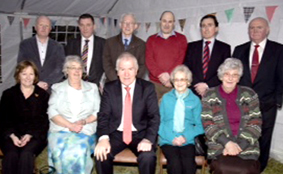 In 2012 the sod was officially turned on the construction of this centre by Jimmy Deenihan TD, Minister for Arts, Heritage and the Gaeltacht:

“I recently participated in the ground-breaking to start construction on the Thomas MacDonagh centre in Cloughjordan. I was very impressed with this development project which was brought forward at community level and is a very appropriate Centenary initiative. It is immediately local, strongly rooted in the community and yet it will be appreciated by all students and visitors with an interest in the revolutionary period. It will be a very welcome addition to the national commemorative framework for the coming decade.”

Opening address: Jimmy Deenihan TD, Minister for Arts, Heritage and the Gaeltacht at the opening of the 18th Byrne/Perry Summer School 2012.

The approaching centenary of the Easter Rising in 2016 provides a time to reflect on the quality of the freedom and independence which we enjoy today. Noble ideals motivated the action in 1916, when men and women of a suppressed and occupied land took arms against the British Empire. We prepare to celebrate their leadership and sacrifice.  ‘No words can appraise fully the rare make-up of their individual personalities. All for one, one for all – every noble sentiment was fostered…’ wrote the editor of the Capuchin Annual in his 1966 commemorative article. Cloughjordan will focus on the many aspects and narratives on its native son, Thomas MacDonagh.

In speaking about her father, on a visit to Cloughjordan, Barbara MacDonagh Redmond said, “Thomas would have put Education as the primary object of his life… His primary objects were an open mind, the educated community.” The Centre will honour his memory in developing the library and Heritage Centre as a place of learning. The legacy of Thomas’ writings, poetry and translations is a rich resource. His cherished memories of the beauty of nature in Cloughjordan and the surrounding area, recorded in his poetry, brought solace and peace to his turbulent thoughts. The people of Tipperary can be proud of their county so loved by Thomas.

In the years leading up to 2016 let the spirit of Thomas MacDonagh create a sense of place so that we can join with Ireland Reaching Out in welcoming home Tipperary descendants worldwide.